For information in English see further down the page.

French and Swedish comics creators meet online! As a late conclusion to this year's edition of the Stockholm's International Comics Festival [SIS20], Serieteket, in collaboration with the French Institute of Stockholm, presents three exciting conversations with six amazing artists of two nations!

All conversations are spoken in English or French. French speech is subtitled in Swedish.

Produced by Serieteket/Kulturhuset Stadsteatern in collaboration with Institut Francaise de Suède. With economical support from the Swedish Arts Council.

Clément Oubrerie is an artist, filmmaker and comics creator. In Sweden and several other countris, he is best known for illustrating the comic book version of Philip Pullman's The Golden Compass, but has also drawn comics such as Aya from Yop City (written by Marguerite Abouet) and biographies of Pablo Picasso (Pablo, written by Julie Birmant), Isadora Duncan (Isadora , script by Birmant) and Voltaire (Voltaire amoureux, own script). He drinks a cup of black coffee.

Catherine Anyango Grünewald is an artist, comics creator and senior lecturer at Konstfack, the University of Arts in Stockholm. She has drawn a graphic novel version of Joseph Conrad's Heart of Darkness (written by David Zane Mairowitz) and the dystopian Scandorama (written by Hannele Mikaela Taivassalo). Right now she is working on her very own graphic novel. In her hand she holds a cup of Earl Gray tea.

Lisa Mandel is a HBTQ-politically active artist and comics creator with her own publisher. She mainly deals with everyday realistic humor and humorous everyday realism, with some witty splashes of politics and satire. Her more famous works include Nini Patalo, Jungle de Calais, and the recently Angoulême Grand Prix-nominated Une année exemplaire. In Swedish, we have read her Princesse aime princesse (Prinsessa älskar prinsessa, published in 2015 by Epix). Lisa has a cup of coffee during the conversation.

Joanna Hellgren made her debut on the French comics market with her graphic novels Mon frère nocturne and Frances. A few years later her comics got to be published in Swedish. After that, she has mainly worked as a children's book illustrator (the new edition of Katarina Taikon's Katitzi books, Tove Pierrous Småkrypsboll, Åsa Lind's Mormors sjal and many, many more). She is also a board member of the Swedish illustrator’s association Svenska Tecknare. During the conversation, she drinks coffee and kefir.

Ludovic Debeurme is a Paris-based artist, comics creator, filmmaker and sometimes guitar player. He has created several grand comic works in different genres and styles, but got his breakthrough with Lucille in 2006, which, like the sequel Renée, was published in English by American Top Shelf and attracted a lot of attention over there as well. His latest, more esoteric work, Epiphania (described as "mixture of ecological fable, teen angst novella, and Bildungsroman disguised in superhero lore") has not yet been translated into neither English nor Swedish. Ludovic drinks a glass of red wine.

Knut Larsson already participated in the spring part of the Stockholm International Comics Festival. This Swedish cartoonist, illustrator and artist came out with his new book Dödens ö (= Isle of the dead) in August, a collection of new and old comics and pictures. In his fantastic storytelling, Knut leads us through stories where we meet ancient creatures, witches, giants, the Forest Boy and the sea god Triton (the comic book Triton was published in France as early as 2013). Knut has also published books such as Canimus, Krokodilstaden (City of Crocodiles) and Aniara (after Harry Martinson). Like his conversation partner, he enjoys a glass of wine during the conversation. 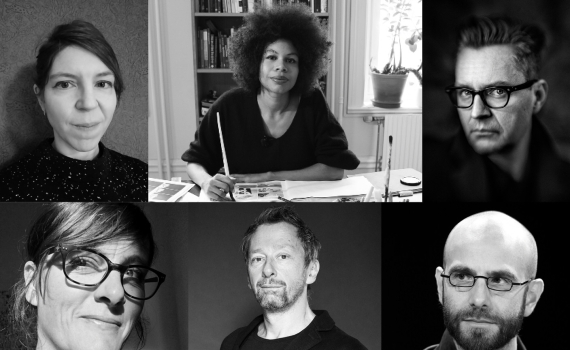 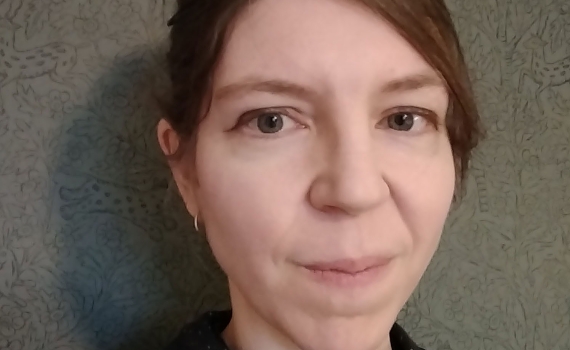 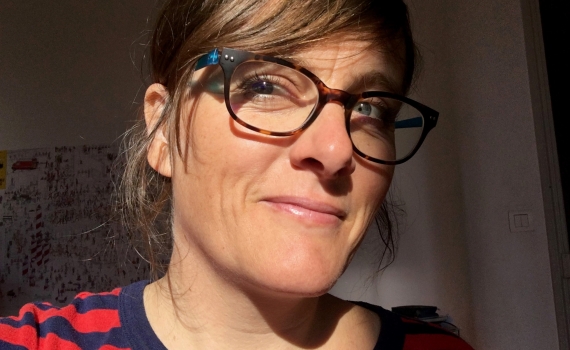 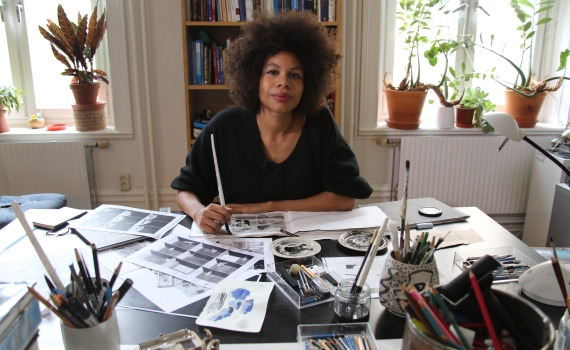 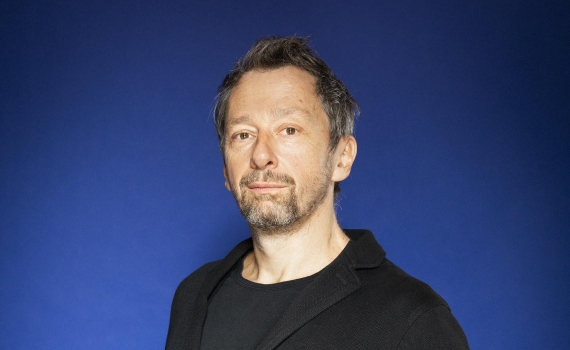 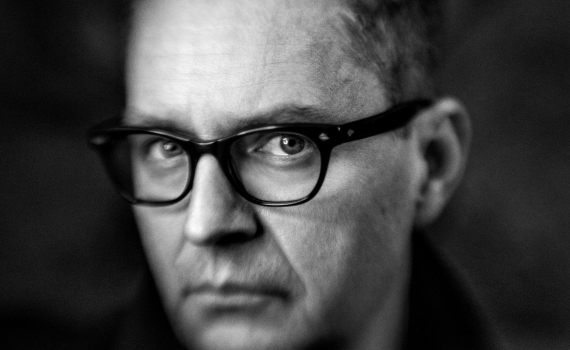 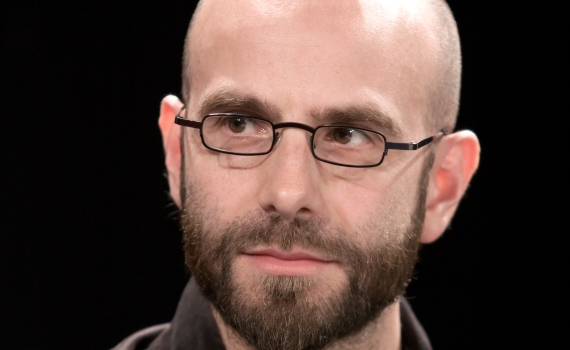 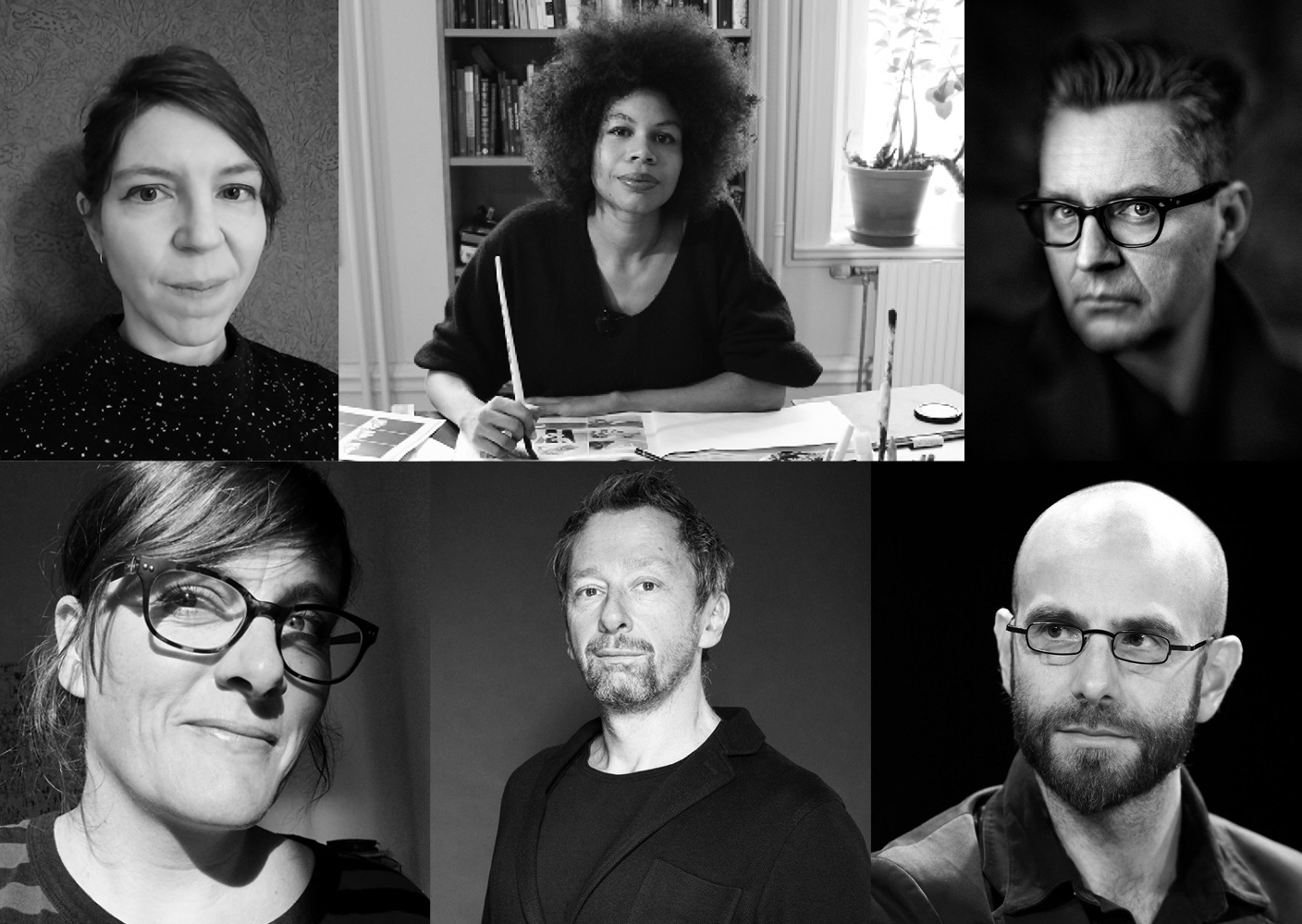 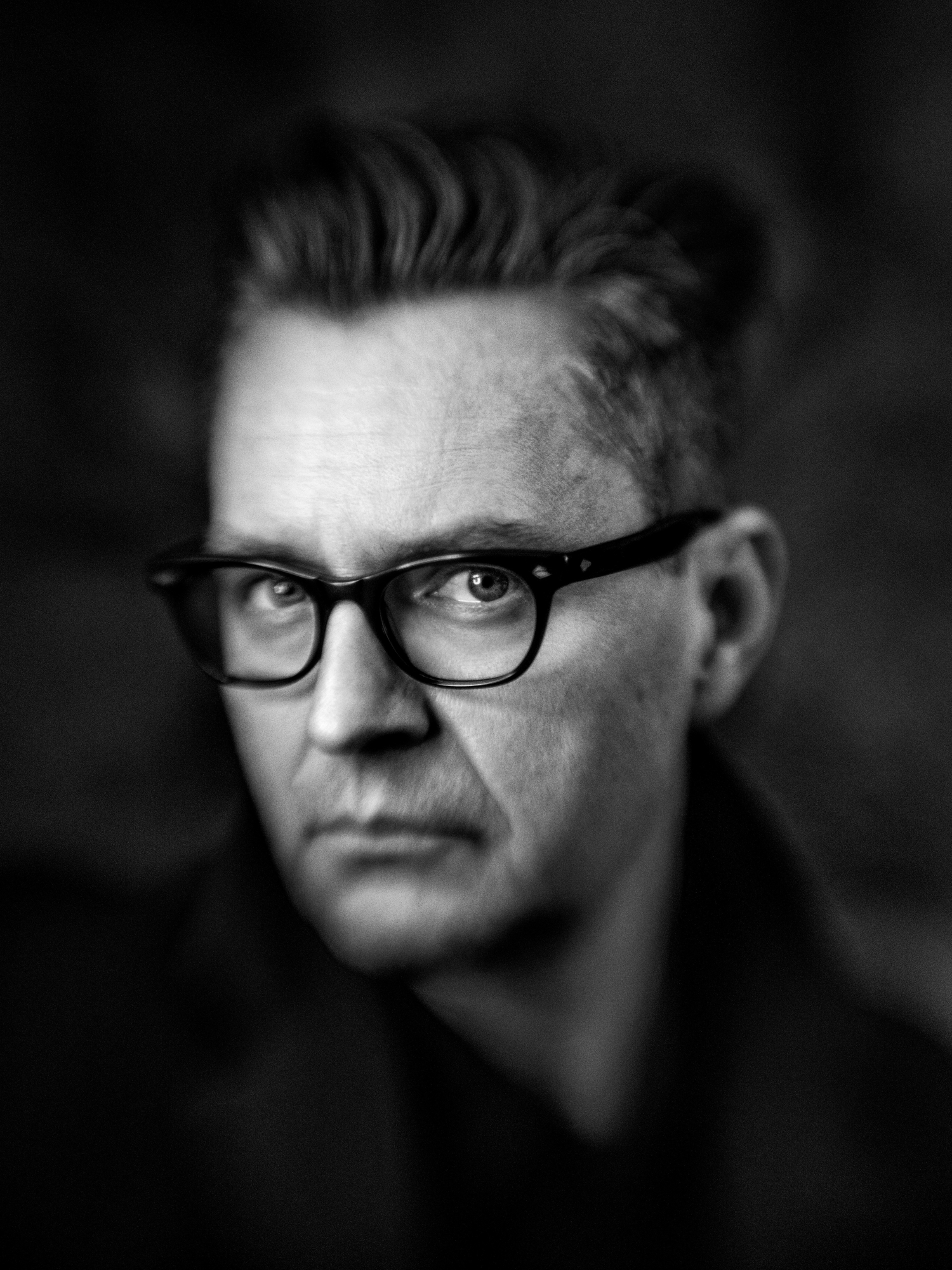